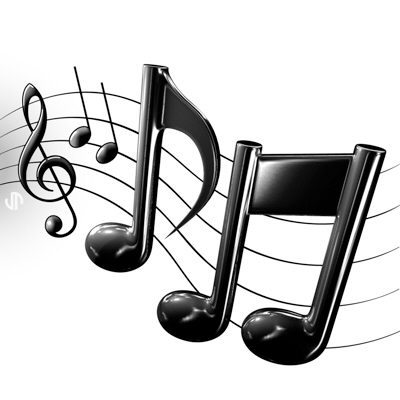 First off: Savasana vs. “take rest.” I’m not sure the distinction is very important, but I know one is out there. Anyway, the time of practice I’m about to talk about is when you lie down to take rest after finishing your Ashtanga asana practice; call it what you will.

Whatever you call it, it may be a good time for music.

We’ll skip over the whole music during practice issue, about which it is fair to say there are some strong opinions. Maybe there is more accord on music post-practice.

The argument for adding in some music comes from an article in the April Trends in Cognitive Sciences , which takes a look at the scientific evidence that music can have therapeutic effects. You can download the whole thing right here. The researchers find that what evidence-based studies there have been hone in on four ways that music influences health:

That first one hits right at the heart of the music-during-Ashtanga debate. Are we providing ourselves outside motivation and even pleasure to get through a difficult practice? Of course we are. I doubt anyone is arguing that, they are just arguing the benefits and negatives of that. (But, wait, I said I’d skip this.) The researchers, Mona Lisa Chanda and Daniel J. Levitin (I’ll admit her name made me do an April Fool’s double take), link the four above areas to the following, respective, neuro-chemical systems:

Here are a few more highlights (from a study with 155 footnotes), ones that seem to relate more directly to our yoga/Ashtanga-focused world:

The researchers suggest three areas are ripe for further exploration: more controlled experiments of subjects who listen to music versus those who don’t; investigations into the “neurochemical basis of musical pleasure and reward”; and more on the social effects of music (on oxytocin).

So what does any of this mean for us when it comes to resting after Ashtanga? It suggest, I think, that music at that point may be especially beneficial. It sounds like a lot of what people say they are seeking via their Ashtanga practices — health, calmness, a sense of togetherness/connection to the world — can be influenced positively by the right kind of music. Again, I’d note the finding that listening to music is better as a stress reliever than being in silence.

It may also be an interesting subject for a study: Are people who practice yoga (including Ashtanga) more likely to see benefits from music in these realms? (I.e. does the yoga practice establish something that makes us more open to music’s effects?)

Most generally, I’d say the lesson is that is worth applying music to other parts of daily Sadhana.

18 thoughts on “Maybe this is an argument for music as you rest after Ashtanga?”